The Honeywell LYNXTOUCH-MSD is a micro SD card firmware update tool for use with the Honeywell Lynx Touch L5210 and L7000 wireless control panels. The LYNXTOUCH-MSD software update tool comes with the new firmware for the L5210/L7000 panels so DIY homeowners can use the new LTE and WIFI addresses (those starting with B8:2C:A0) without having to call Honeywell or a local dealer to upgrade saving you money!.

In the past it was possible for Honeywell AlarmaNet dealers to be able to “push” firmware updates OTA (Over The Air) to a Lynx Touch L5210 or L7000 wireless alarm panel but unfortunately this is no longer possible.  In order to use the newer L5100-WIFI Internet WIFI cards (those beginning with a MAC address of B8:2C:A0:xx:xx:xx the panel’s firmware version must be at least version 8.  This updater tool will easily update your L5210 or L7000 to firmware version 9 (included) without having to call a local dealer to come onsite at $100 per 30 minutes.  The included SD Card can be easily uploaded with the latest Honeywell firmware as they become available in the future. 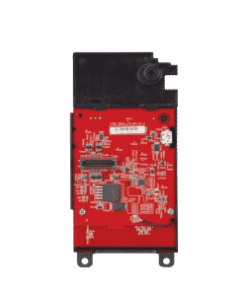