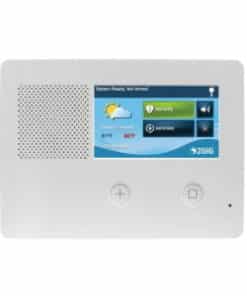 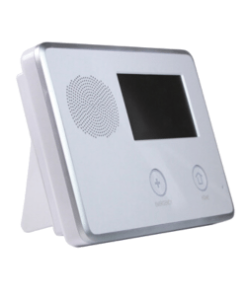 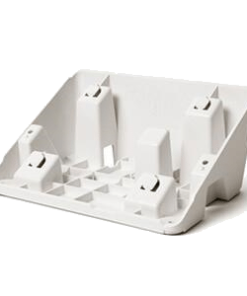 The “brain” of your DIY Home Security and Automation System is the control panel or controller.  Today wireless systems are the most popular for both DIY as well as professional installers because of the significant time savings.  Years ago we would always recommend wired systems because of their reliability but that has changed.  The newer wireless panels have high-tech rolling encryption to ensure the transmissions are secure, zone supervision to make sure the transmitters are still operating, and of course many home automation and remote access options. Here is a quick primer on both type of security panel types:
Wired Security Systems A wired security generally (or should) have each protection sensor home-run back to the panel.  While a home-run topology is not a requirement it sure makes troubleshooting later much easier.  The panel itself is generally hidden out of view such as in a closet or basement one because of aesthetics but more importantly if an intruder reaches the panel before an alarm is triggered its game-over.  Simply ripping a wired keypad off the wall will not disable an alarm system.  Smashing the alarm panel however does.  Snipping the phone line outside before attempting entry was one trick (do people still have landlines???) but it didn’t prevent a siren from sounding and most people today use cellular connectivity to a central station.  That is why protecting the security panel is a must. The cost of the panel as well as protection sensors are less costly than wireless versions which is an attraction for many DIY homeowners who don’t mind the extra time and effort to install a wired system.  It would be fair to say the overall equipment investment will be 50% less than wireless – though a two weekend project is only a Saturday morning pleasure with wireless.  Even if you go “wired” there are still options for adding home automation as well as remote access to the panel from your smartphone and computer.  See our Alarm Communicators section for hardware devices and Alarm Monitoring for interactive central station and self-monitoring options.
Wireless Security Systems Wireless on the other hand is just that, wireless.  Many systems come integrated with a system keypad and siren and generally mounted on a wall though desk-mount stands are available as well.  When mounting on a wall however there are several points to consider.  Your “wireless” system needs power.  That means fishing the power line through the wall to the back of the panel/keypad combo.  While this may not be as hard as imagined its something to consider.  The desk mount version does not have this headache since even your lamps have a cord coming out of the back.  A wireless system such as the Resolution Helix wireless panel does not have an integrated keypad nor does it require any keypad since your smartphone can act as a keypad.  In this case the panel is just located near your Internet router rather than the front door or basically anywhere if using cellular.
One critical point that is similar to wired panels.  If an intruder can get to the brains of the security system its all over.  Previously we would never use or recommend an all-in-one wireless combo because it was too easy to “crash and smash” the keypad/control.  Modern combo units such as Honeywell’s Lynx Touch 5210 or 7000 however have Advanced Protection Logic (APL) built-in which minimizes any crash and smash risk.  As long as you are connected to Honeywell’s Total Connect service for monitoring (yes we have this!) whenever the “entry delay” is triggered meaning the system was armed and an entry door was opened a signal is transmitted.  If no “disarm” signal is received shortly after then it is presumed the panel was disabled and an intrusion has occurred.  The homeowner would be notified (self-monitoring option) and local authorities dispatched (central station monitoring option).
Situs sbobet resmi terpercaya. Daftar situs slot online gacor resmi terbaik. Agen situs judi bola resmi terpercaya. Situs idn poker online resmi. Agen situs idn poker online resmi terpercaya. Situs idn poker terpercaya.